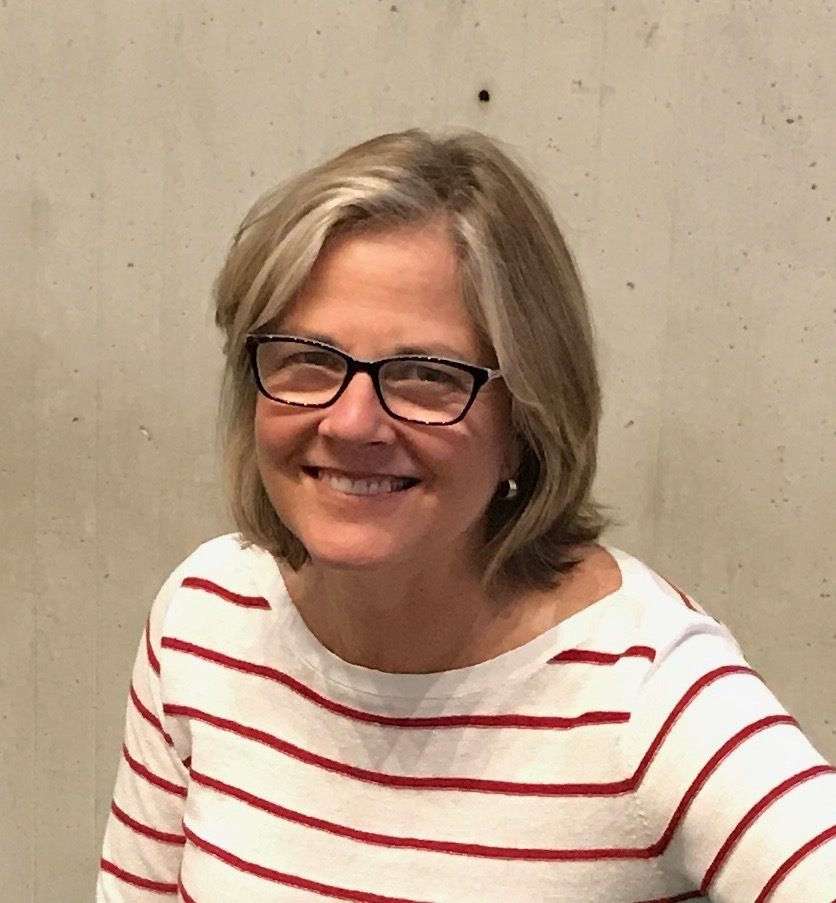 What a progressive couple of months at the Umbrella Center for the Arts! We all – artists, architects, photographers, and crafts people - watched out our back windows as a cat with an enormous bucket began to knock down the back half of our building. We got back to work – sort of – with studios rattling and construction noise on the inside, too. Between that and the snow days, February and March saw a lot of work from home, with some blue sky ski days in Utah and Vermont helping me exhale. We’re looking forward to new educational and theatrical spaces rising out of the rubble and a complete renovation of the studio spaces.

OPEN STUDIOS THIS WEEKEND  April 7 and 8, 12-5pm. We're opening our doors despite construction and the art work looks great. Max Payne, an Umbrella artist and our curator/show-hanger extraordinaire, spontaneously hung a group of paintings with a springtime theme including Spring Lilt below in our new (temporarily finished) entryway. Between the entry and the potted bulbs throughout the halls, it promises to look and smell like spring is in the air. In the main gallery a group show called Dualities includes two of my small oils. Original illustrations for Save Our Stream, released in October, will be on view in my studio and I’ll be signing picture books.
Stop by and support the intrepid workers in this building. The crew - especially the ones who moved from studios that no longer exist into new space - will love seeing your smiling face! I’m looking forward to catching up with you. 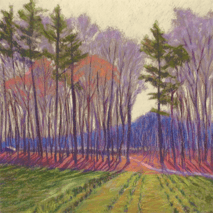 At Open Studios I’ll be signing Inside the Mind of an Architect, essays by a group of us who share thoughts and strategies for successful design. If you know anyone contemplating an architecture project, we have helpful free handouts.
The Wright Tavern has seen some history! When the new Provincial Congress of Massachusetts convened in Concord in October, 1774 in defiance of the Crown’s authority, key committees met at the Tavern to hammer out resolutions and prepare for the looming confrontation with the British. The 300 member congress debated the resolutions next door at the First Parish Meeting House. Rev. William Emerson, the eloquent, fiery minister of First Parish, grandfather of Ralph Waldo Emerson, officiated as chaplain. Then in the early morning of April 19, 1775, Concord’s Minute Men assembled at the Tavern, ready to defend their town against the advancing 700 British Redcoats. By 7:30am, they had cleared out to join a larger patriot force, and soon British troops moved in to establish their own headquarters - until their army retreated later that morning after the battle at the Old North Bridge. 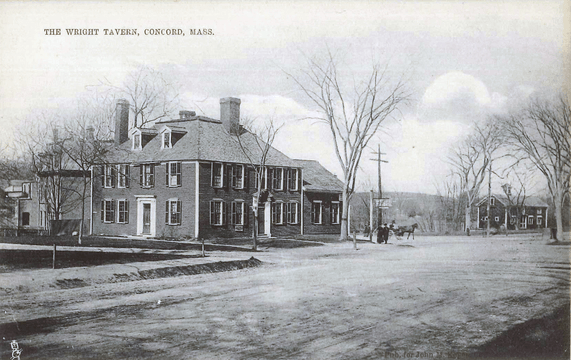 If you’ve never seen Concord's Old North Bridge reenactment (April 16) it’s a hoot. The actors' microphones augment their colonial British accents so you can hear from your kayak or the field. Let me know and I can show you where to launch a boat and join the fun. 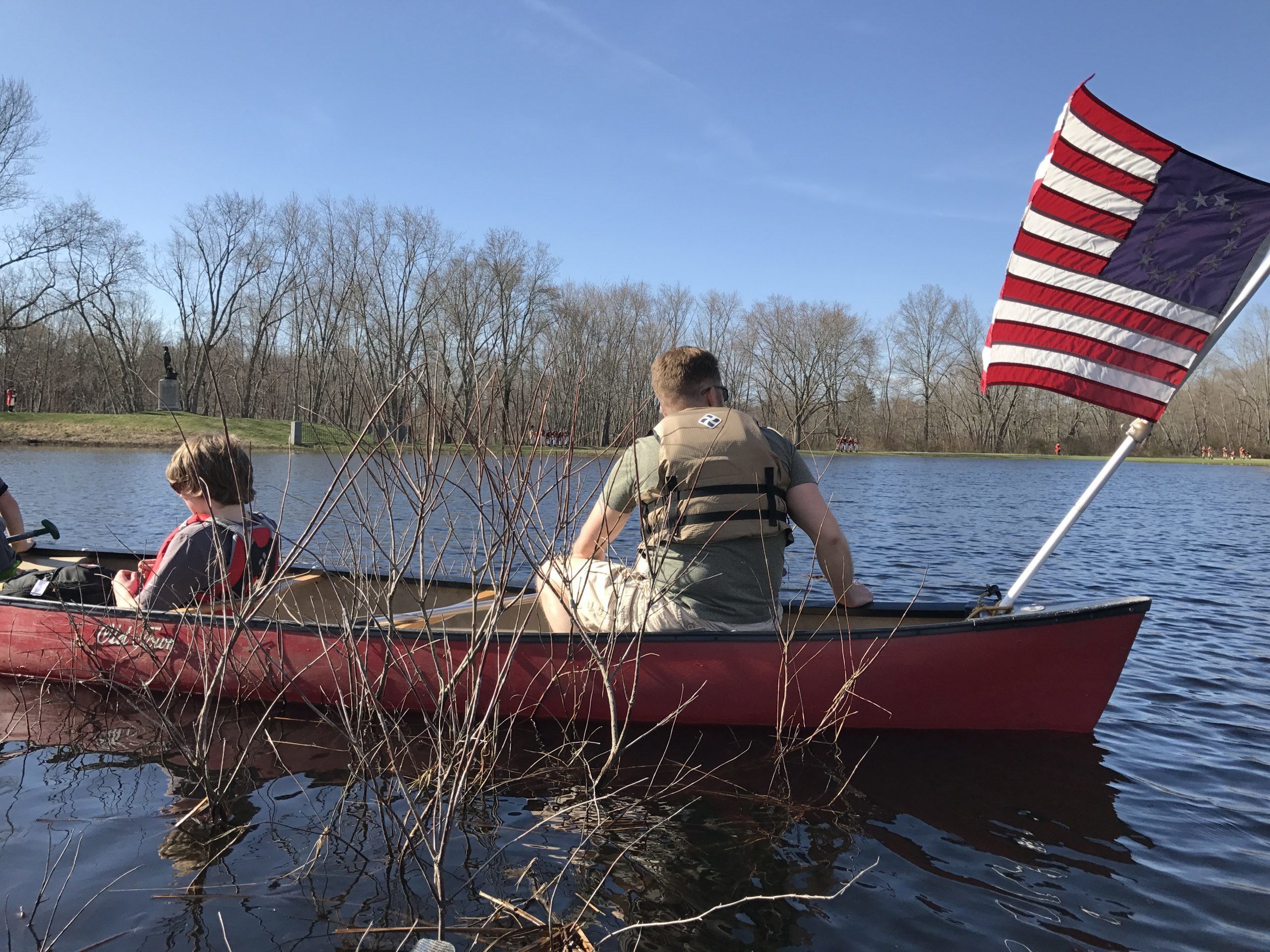 http://apps.bostonglobe.com/magazine/graphics/2018/03/concord-lexington/
At the Umbrella, where I’ll keep my painting studio after the renovations, the high ceilings and tall windows remind me of my first job out of school at Centerbrook Architects, in a factory building on a picturesque Connecticut mill pond. With these old brick and beam buildings being scooped up for expensive chic lofts and high tech offices, we owe a lot to the town and the hardworking people who keep this place going as a center for award winning performing arts and education - and affordable, heavenly studio space.
J M Studio Architects is gearing up for a move into the Wright Tavern in Concord Center, in space previously occupied by Nashawtuc Architects. Principal Holly Cratsley, who is retiring, has contributed so much good to the built environment and community of Concord.
Integrating the Wright Tavern’s colonial interior with a 21st century aesthetic for a design studio - streamlined, light and transparent - will be a challenge. My last newsletter was about inspiring projects where old and new compliment each other.  After a trip to Italy in the fall I wrote about how the Italians accomplish this so effortlessly, with historic and modern design and art being the two spiraling strands of the nation’s DNA.
Maybe - with a lot of effort - we can pull it off to look effortless!
←Previous post Next post→